STAY CONNECTED...FOLLOW US ON SOCIAL MEDIA 1. The new checking rules state that when making a check that the player delivering the check must keep their stick below their knees. Basically, if you raise your stick above knee level your elbows will be bent and that is a penalty now if you make contact with your elbows.

2. The new rule makes it clear that once a player has given up the puck, there is no "finishing the check" and hitting the player after the puck is clearly not in possession of the player will result in a penalty.

4. Tag up offsides is still allowed in High School.

5. The unsportsmanlike conduct bench minor penalty for banging the boards with a stick or other object was clarified to be applied specifically when doing so to celebrate a legal or illegal body check. Celebration of goals and saves is allowed and will not be cause for a penalty.

6. The face-off location following a penalty call that causes a team to be shorthanded shall be an end zone face-off in the defending zone of the penalized team unless: the penalty is assessed after a goal is scored, the penalty occurs at the end of a period or the non-offending team causes a stoppage of play (offsides, icing, etc.).

7. A minimum penalty of a major plus game misconduct was established for slew footing.

8. Any goaltender who body checks an opponent shall be assessed a minor penalty for unnecessary roughness.

9. Vaping was added to the banned substances for players and team officials. Following a warning, the penalty for any violation shall be a game misconduct.

10. All major penalties will now include a game misconduct penalty.

11. Players or team officials serving a suspension for a game misconduct violation or disciplinary suspension may not have any interaction with the team 45 minutes prior to the game, during the game and for 30 minutes after the game. Prohibited activities include any communication, being in the locker room or in the vicinity of the bench area. Violations may result in supplementary discipline.

13. Players will now be assessed a game misconduct after 4 penalties in the same game and a coach will receive a game suspension when a team accumulates 12 penalties during same game.

14. Match Penalty Suspensions – USA Hockey has recommended ranges for various Match Penalties. The Affiliate can offer the recommended suspension to a participant in lieu of a hearing.

15. Language was adopted to change rule references of “deliberate injury” to “recklessly endangers” to better allow officials to judge the action that occurs instead of trying to determine whether an injury has occurred. 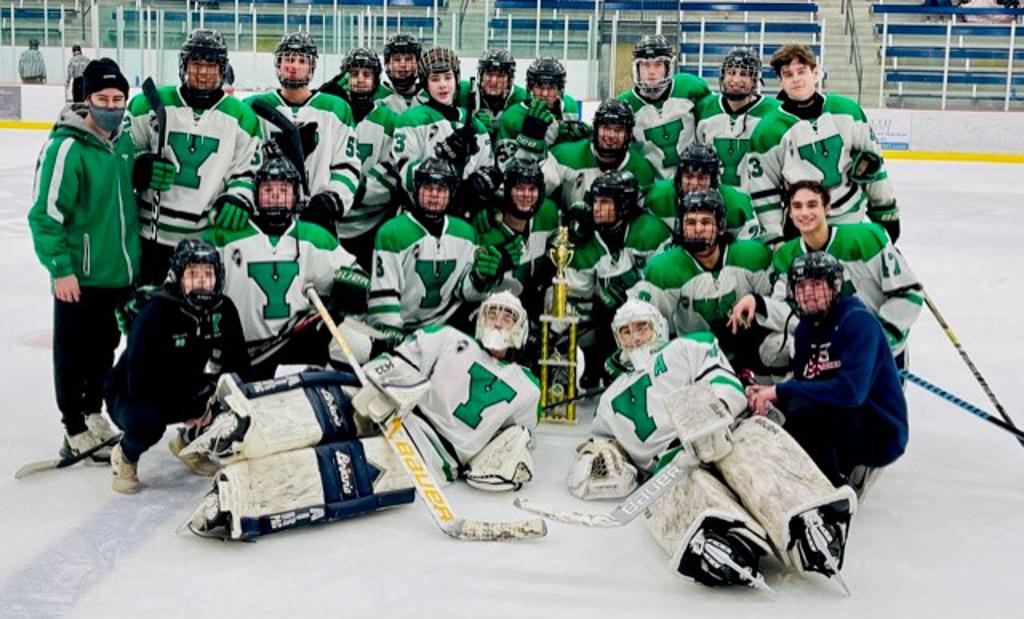 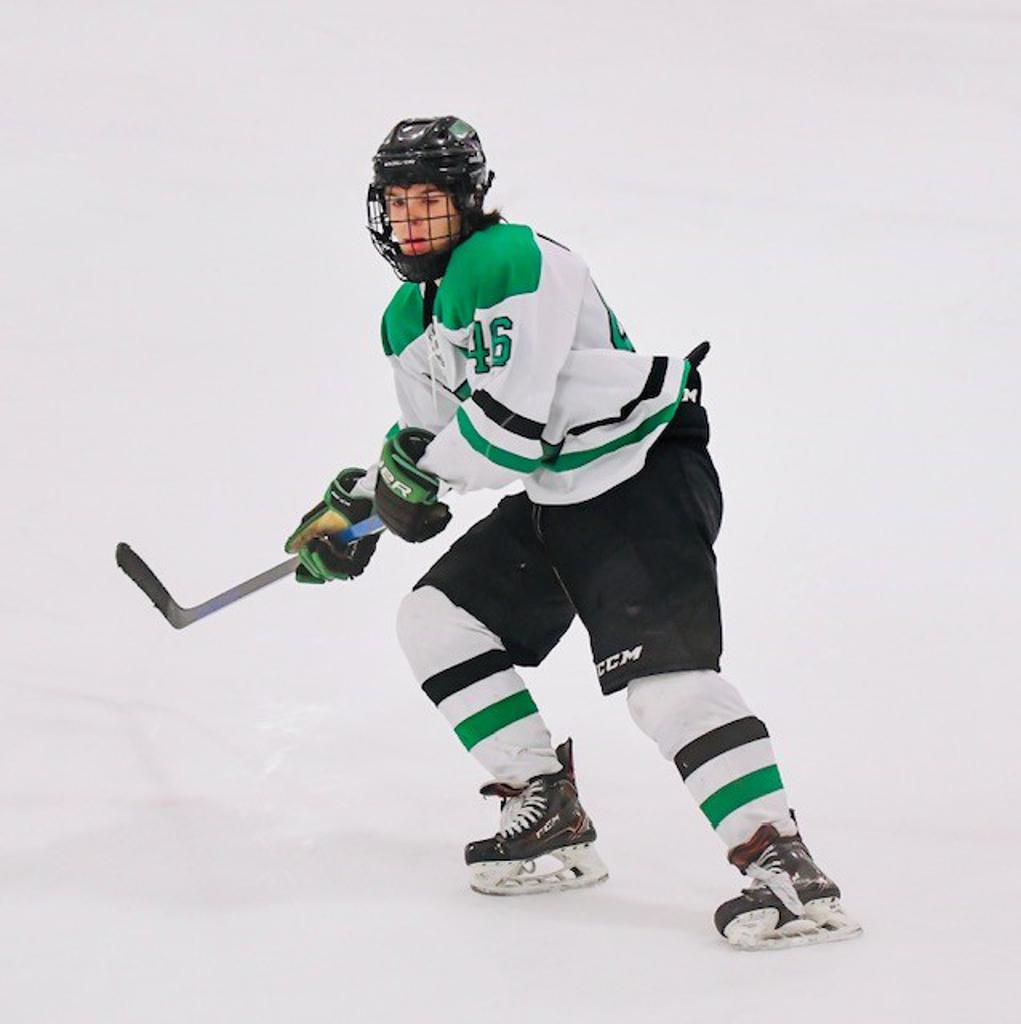 Congratulations to York Hockey Senior Forward #46 James Millins for being voted on to the 2021 2ND TEAM ALL SCHOLASTIC HOCKEY LEAGUE (SHL) TEAM. 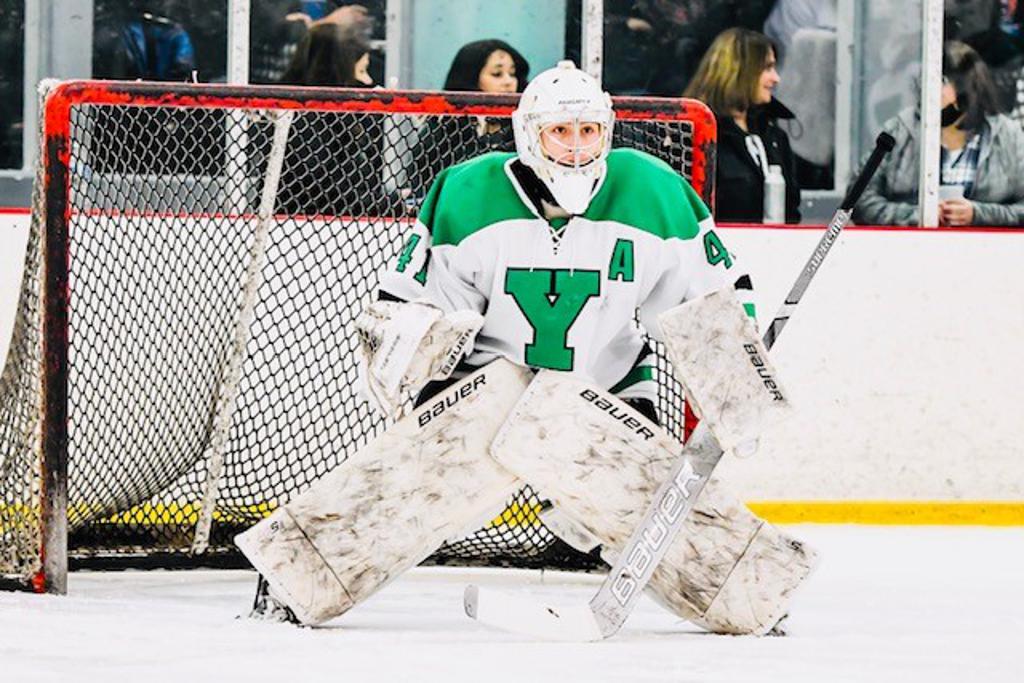 Congratulations to York Hockey Senior Goalie #41 Thomas Wesolowski for being voted on to the 2021 1ST TEAM ALL SCHOLASTIC HOCKEY LEAGUE (SHL) TEAM.

Nov 9th was York Hockey's Spirit Night/ Stick It to Cancer Event and did they ever!!  Record crowds were out for the epic fundraiser this year!  Thank you all for your support, donations and generosity!

York Hockey looks to up their mental game for postseason